Richard had an ambitous plan to use electroluminescent (EL) wire to turn the greenspeed tandem trike and the organ trailer into a light-up train for tonight's Santa Claus Parade.

Richard, Mark, Alex, Pete and others got together at re-Cycles last weekend to start the build. I was pretty busy and only stopped by to take a few photos of them building the frame. My photos of that day are below, Richard's are here: http://tricolour.net/photos/2010/11/13/hpv.html. 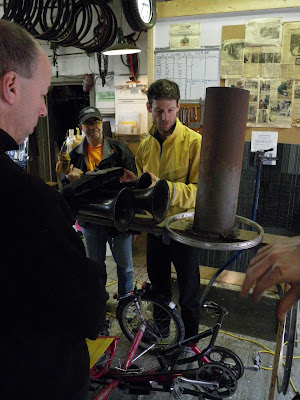 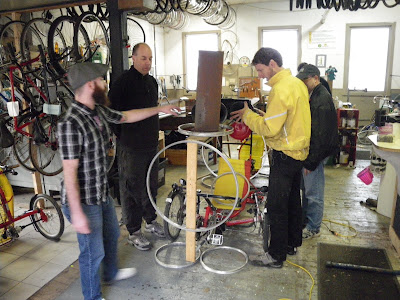 340 feet of EL wire and a few days later, they finished it and it looks awesome! See the photos and videos on Richard's photo page:

Come out tonight and join us (or at least watch us in the parade)! We'll be float number 53.